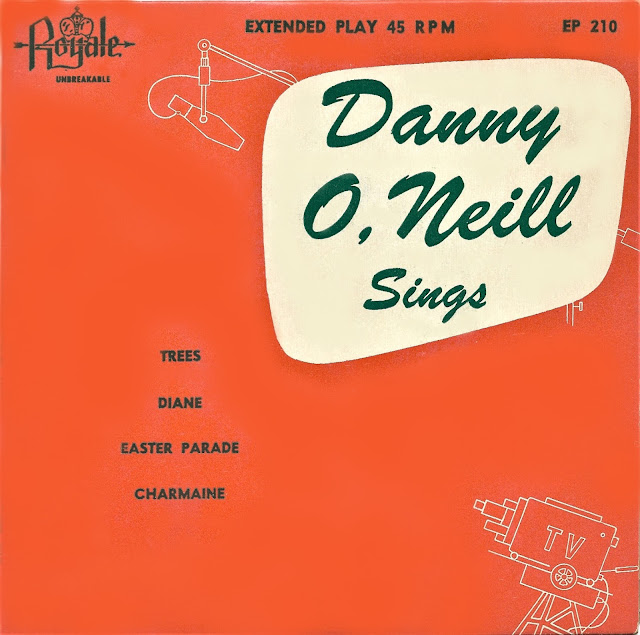 Listen Here!
These are rather obscure tracks- enjoy!
Posted by Gilmarvinyl at Sunday, May 15, 2022 No comments: 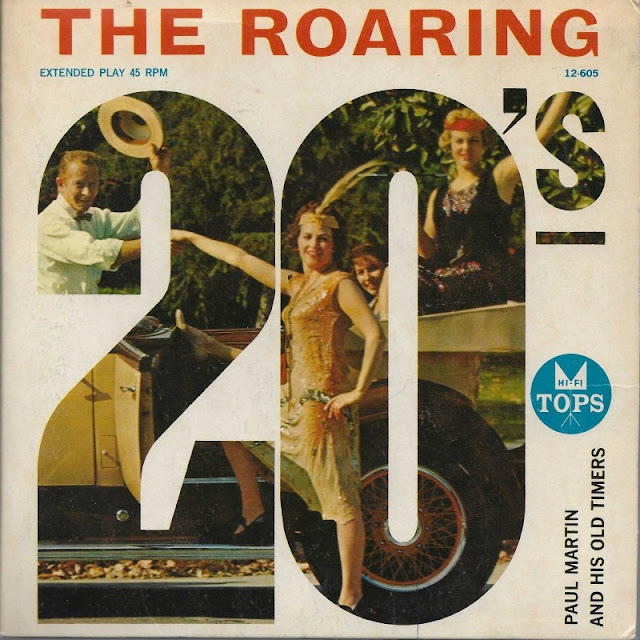 A1: Alabamy Bound
A2: Way Down Yonder In New Orleans
B1: The Varsity Drag
B2: Sweet Sue, Just You
B3: Mississippi Mud
C1: Side By Side
C2: Back Home Again In Indiana
D1: Look For The Silver Lining
D2: I Love A Banjo
D3: The World Is Waiting For The Sunrise
Posted by Gilmarvinyl at Sunday, May 01, 2022 No comments: 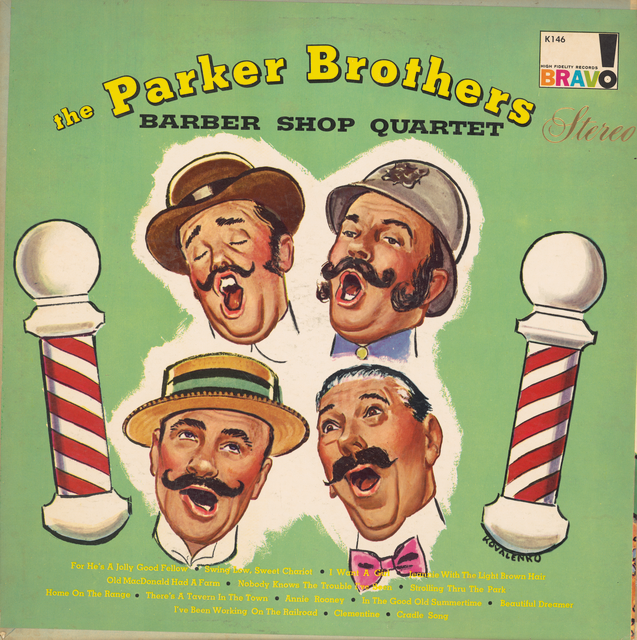 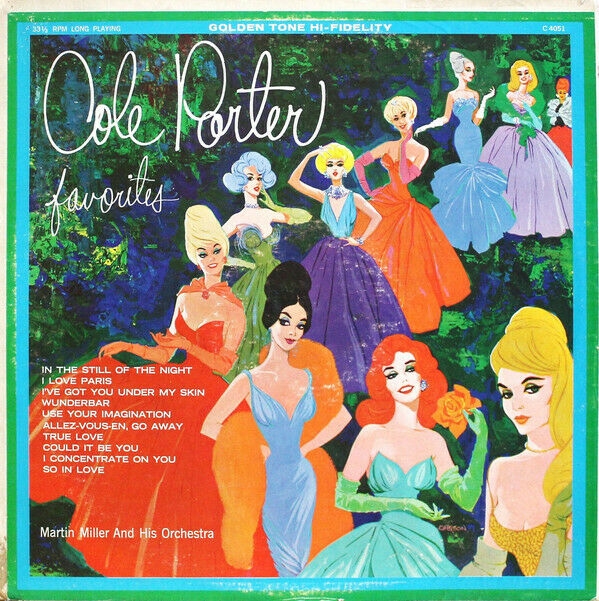 Golden Tone records was a cheap budget label specializing in the reissue of older Tops Records and selected Eli Oberstein material.
Posted by Gilmarvinyl at Friday, April 01, 2022 No comments: 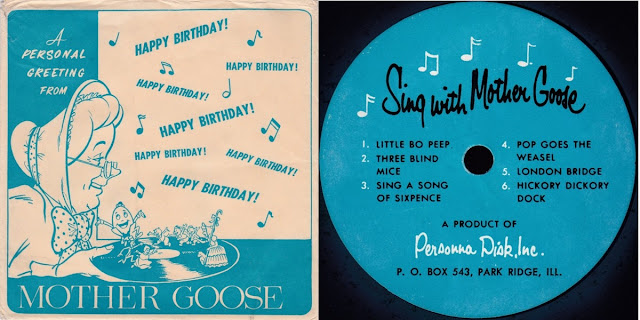 Listen Here!
Little can be found online about Personna Disk, Inc.; they sold these children's birthday records with commonly given names of children with a custom recorded introduction on the first side of the record. This record was meant for a then little girl named Debbie. Debbie is likely a grand- or great-grandmother by now- if she had children and those children had children, etc. This product appears to be of 1950s vintage. One doesn't see too many commercially mass-produced custom acetate records like this one; it is definitely an oddity for sure! My copy and the one other example on Discogs appear to represent all that can be found about them online. If anyone knows anything more about Personna Disk, Inc., we would all appreciate you sharing your knowledge with the rest of us.   But, one thing is for sure, the equipment they used to lathe this record introduced a rather noticeable AC hum into the audio feed (some of which could not be filtered out by either DeNoise LF or Audacity's noise removal tools), and the amount of reverb used throughout both sides is almost too much to enjoy listening comfortably, especially in the introduction segment of side one. What was up with the early 1950s and putting very noticeable reverb effects on children's records- was it to try to mask the lo-fi-ness of the original recordings?
Tracklist
A  A Personal Greeting From Mother Goose
B1  Little Bo Peep
B2  Three Blind Mice
B3  Sing A Song Of Sixpence
B4  Pop Goes The Weasel
B5  London Bridge
B6  Hickory Dickory Dock
Posted by Gilmarvinyl at Thursday, March 31, 2022 No comments: 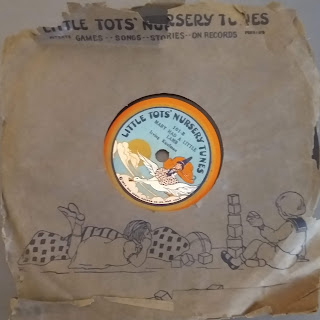 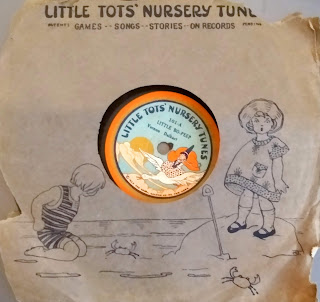 Little Tots' Nursery Tunes Records was a budget children's record line starting in 1923. The label was a subsidiary of Regal Records, which mostly issued Emerson Records masters- Emerson was the man behind the ground-breaking Little Wonder Records line, working in partnership with Columbia Records. They controlled some of the major patents needed to legally operate in the United States. Per Wikipedia- "Regal Records was an American record label owned by the Plaza Music Company that issued recordings from 1921 through 1931. Masters were recorded by Emerson Records and issued mostly in chain stores for 50 cents each."
Posted by Gilmarvinyl at Saturday, March 26, 2022 No comments: 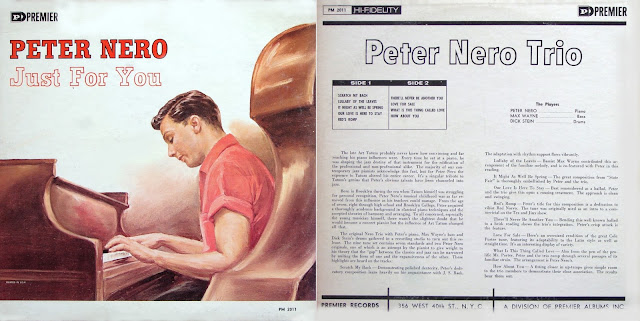 Premier Records, the parent label of Spin-O-Rama Coronet, Twinkle, Directional Sound, Award, Blue Ribbon, and Celebrity Records, was a budget label that specialized in generic, older material of name artists and knock-off/craze cash-in albums like any other of its time. The majority of the content that appears on Premier was traded around with other budget labels. This was especially true with their more generic music releases. Most of the material on their various record lines is predominantly uploaded/monetized officially by the parties that own most of the recordings that appear to have been issued on this umbrella of record labels.
All the recordings here can be apparently found online already- but I uploaded this album just to be sure because I wasn't 100% sure with general Google searches.
Tracklist:
Scratch My Bach
Lullaby Of The Leaves
It Might As Well Be Spring
Our Love Is Here To Stay
Red's Romp (Dedicated To Red Norvo)
There'll Never Be Another You
Love For Sale
What Is This Thing Called Love
How About You
Credits: Max Wayne - Bass Dick Stein - Drums Peter Nero - Piano
Posted by Gilmarvinyl at Tuesday, March 15, 2022 1 comment:

Gilmarvinyl
I am a record collector that specializes in cheap budget records such as Royale, Halo, Crown and all sorts of other budget record labels. I enjoy every aspect of these cheap budget records, from the content, to the cover art, to the stories behind the labels that gave us all these fantastic records. Budget label records are amazing and never ceases to amaze me.